The ball doesn’t fall far from the basket:

Most kids sleep with a Teddy bear.

Bob Kivisto? He had a basketball in his crib.

In fact, Bob says he could dribble a basketball before he could walk.

As a second-grader, he put on a dribbling demo at United Township High School in East Moline, Ill., where his dad was coach.

When your dad is Ernie Kivisto, you eat and sleep basketball. And just like everyone else, you call your dad “Coach.”

“All he did in his life was play basketball,” Bob Kivisto said of his father. “He trained all of his sons to be basketball players. He was a great college player and semi-pro.”

But the senior Kivisto’s love was coaching.

The son of Finnish immigrants, Ernie Kivisto (known as “the Flying Finn”), played for Marquette University and Notre Dame before serving as a Marine in World War II.

Bob had completed his junior year at East Moline when his dad became the head basketball coach at East Aurora High School in 1967. In their first season, the Tomcats won the Upstate 8 Conference Championship. The 1969 and 1970 teams again won Conference titles, along with Regional, Sectional and Super-Sectional Championships.

Bob and his little brother Tom both were named High School All-American: Bob in 1968 and Tom in 1970. Both went on to start at the University of Kansas, where Bob led the 1971 Jayhawks to the Final Four, and Tom led the 1974 Kansas men to the Final Four.

Bob remembers losing to UCLA in the Astrodome in 1971. The other four starters in the game went on to play pro basketball. “They were all big. I was a small fry.”

After graduation, Bob went into college coaching and teaching for 18 years. He also traveled the country as a recruiter. But after he married and had a family, he decided to settle down at East Aurora High School as a coach and teacher. At 71 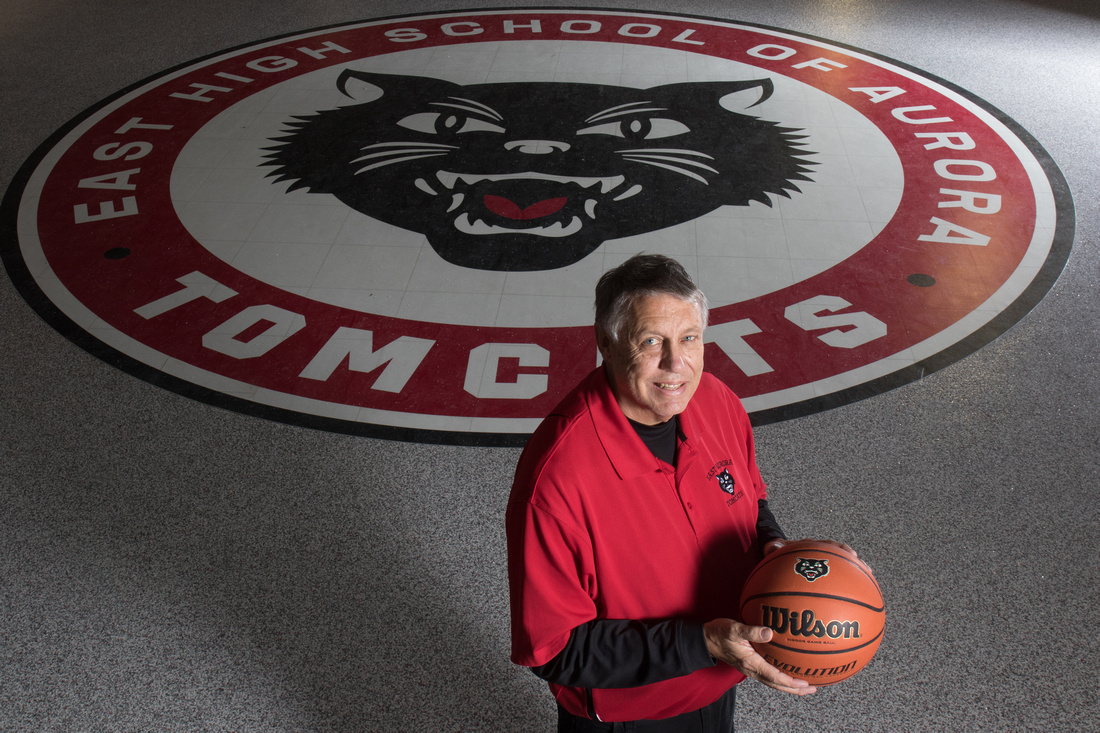 “Ever since I started kindergarten, I have been in school as a student or a teacher,” he said with a smile. “I haven’t had a break yet.”

Bob was teaching English at East High (just like his dad did) when an opportunity came up for him to teach special education 19 years ago.

He coached basketball for only four years. “I had some great teams, and then I got fired (from coaching),” he said. “They said there were more important things than winning.

“I was very demanding,” he said. “So was my dad. When I played for my dad, we practiced two times a day.”

When asked if his dad’s formula for creating winning basketball teams would work today, Kivisto answered with an emphatic yes.

“My dad coached at four high schools, and all of them had the best teams ever. He had a system that would work anywhere.

“I’m proud of my dad. I still love listening to stories about him. I am real proud to be Ernie Kivisto’s son. I’m really lucky. And I’m really lucky I had the mom I had.

“My mom was smart. She had two master’s degrees. I always had a basketball in one hand, but my mom was putting books in my other hand. I could read before I started school.

When Bob Kivisto started coaching, he knew the drill.

“I taught players dedication and hard work. I worked with them year-round.”

And, he could tell them stories about not only his dad’s success, but his own.

“I was a scoring machine in high school,” he said. “I scored 52 points as a freshman on the varsity basketball team at East Moline. To this day, I’m still one of the leading scorers in Illinois basketball with more than 2,400 baskets.”

He is also proud to have coached players who went on to play in the NBA.

One was Harvey Grant, who played for the Washington Bullets, Portland Trailblazers and the Philadelphia 76ers, and another was Armen Gilliam, who played in the NBA for 13 years.

Who was the best player Bob Kivisto ever played against?

“My brother Tom,” was his first answer, but then after a bit of thought, he said, “Austin Carr. He was incredible. Carr played for the Cleveland Cavaliers, Dallas Mavericks, and Washington Bullets.

He also played against Curtis Rowe and Sidney Wicks at UCLA.  Each man played in the NBA for about a decade.