From bar bands to the Crystal Cathedral, pianist found joy in the keys and the Creator

Pianist Huntley Brown first imitated his brothers to learn to play, but later began to imitate Christ and found new joy in his craft.

For the purpose of this interview, Brown took a seat at the grand piano in the sanctuary of First Presbyterian Church in Aurora, Illinois.

He has played this piano before, he notes, and he likes it because it has a “different touch.”

“It’s a great piano to play ‘The Lord’s Prayer,’ he said. “In that song there is a rumble, and the piano can accomplish that. You need the rumble. You can’t get the same fullness or emotion out of a keyboard.”

Then he demonstrated, and there was no denying the majestic rumble that emanated from the piano and vibrated throughout the sanctuary.

Brown grew up in a Christian home on the island of Jamaica and accepted Christ at an early age. Without knowing how to read music, he learned to play the piano by imitating his brothers.

After high school, Brown played keyboard in various hotel bands and piano bars. It was great money for a teenager, but the atmosphere of the clubs and his Christian ideals didn’t match up. He kept remembering his mother’s words: “Huntley, only what is done for Christ will last.” He rededicated his life to Christ and spent time daily in the Word and in prayer.

While at NIU, Brown met Annette Chestnut, a fellow Caribbean student from Barbados. Following graduation, he and Annette were married. Now Aurora residents, they have four daughters: Natalie, Natasha, Nicole and Nadia.

In the United States, he has performed from coast to coast, with ministry opportunities at churches of every size and denomination, from the Crystal Cathedral, to Living Word Christian Center, to Willow Creek Community Church, to Big Rock Baptist Church. Huntley was the artist in residence for the Total Living Network in Chicago with host Jerry & Shirley Rose for many years.

He also was the regular crusade pianist for the recently retired Dr. Ralph Bell, an associate evangelist with the Billy Graham Association.

He earned the Top Caribbean Gospel Instrumentalist Award for 2005 and 2006. In 2009 he was appointed musical ambassador for television station CTS in Seoul, South Korea. In 2010 he was the youngest person ever to be inducted into the Fox Valley Arts Hall of Fame.

In the past few years Brown has added a new facet to his ministry: teaching and offering seminars on music and worship.

Brown became an ordained minister in 2007 and now serves on the board of the Evangelical Church Alliance International.

Brown’s music has been described as inspired, anointed, powerful, and explosive.

When I sat down with Huntley Brown at First Presbyterian Church, I asked him to answer one-word prompts. We began with family.

“The most important thing in my life after God. It is God, first, family second, and career third.”

“Such an integral part of who I am. My purpose. I believe God created me for a purpose, and it is music.”

“Home country, Jamaica. And America for sure. And Ireland – I was part of a convention of peace there for 10 years and I saw a nation transform. “

“Most important person in my life. Creator. No words to describe Him. Number one. Everything else is after that.”

“My savior. Without Jesus I would be going to hell. I can never thank Him enough for the price He paid for me.”

“Very important, because no man is an island and success is never done in isolation. They share in joys and sorrows, ups and downs. My friends are a blessing from God.”

“My pride and joy. I am a blessed man. Years ago I wanted to have a son but after the joy my daughters have brought I said, Lord, you know what you are doing. All of them have different traits that reflect me:

“Nadia: Natural ability to play piano like her dad.

“They are all followers of God and the Word. I always told them, ‘Don’t follow God because of me. Follow Him for yourselves.’”

“I’ve had pain from surgery; both knees were blown out. Pain when the therapist visited me. Pain when my daughter went to college; that was almost like a death in the family. And I have lost a few close friends. Both physical and emotional pain are bad; people can carry emotional scars that can’t be seen.

“But I say if the physical pain is going to produce something great, give it to me!”

“I’m Jamaican, so we are known as a joyful people. The Lord is our strength and a joyless life is very unhappy. I found things that bring me joy: Relationship with God, wife, kids. There is no greater joy for me than knowing my kids are walking with Jesus because I will see them in eternity.

“In Jamaica, someone once told me, the reason the people are so joyful is because there’s music on every corner. In the restaurants, the bars, in the streets, on the buses. As a student, my friends and I would ask the bus driver if he had any music and if he said no, we would wait for the next bus.

“My earthly hero. A man I looked up to that changed the world. I have patterned my life and ministry after his life. If each person in ministry followed the example he set, I think we would have less scandals. He had one message: the message of Jesus Chris and the transforming power available to all of us.

“The day I got the opportunity to spend with him was one of the highlights of my life. He was asking so many questions about me. He was like that with everyone. He made you feel like you were the only person in the world. Truly a highlight. If the Bible were being written now, he would be included. I would say he is the greatest evangelist since the Apostle Paul.

“When Billy Graham got to heaven, I would say it was almost like when the Chicago Bulls won the championship. People were waiting, waiting, and then when they won, they shouted, ‘Here comes Michael Jordan and the team.’ The place went crazy.

“I feel like God would have said, ‘Billy, well done, good and faithful servant.’ He may have also said something like, ‘Billy, you read in the Bible that it says there is great joy in heaven when one soul repents. Do you know how many parties we have had up here because of you?’

“Billy Graham said the secret of his success lay in three things:

As our interview ended, Huntley Brown reached for the piano keys one more time. This time there was no rumble and no vibration. This music seemed less like an anthem, and more like a prayer. 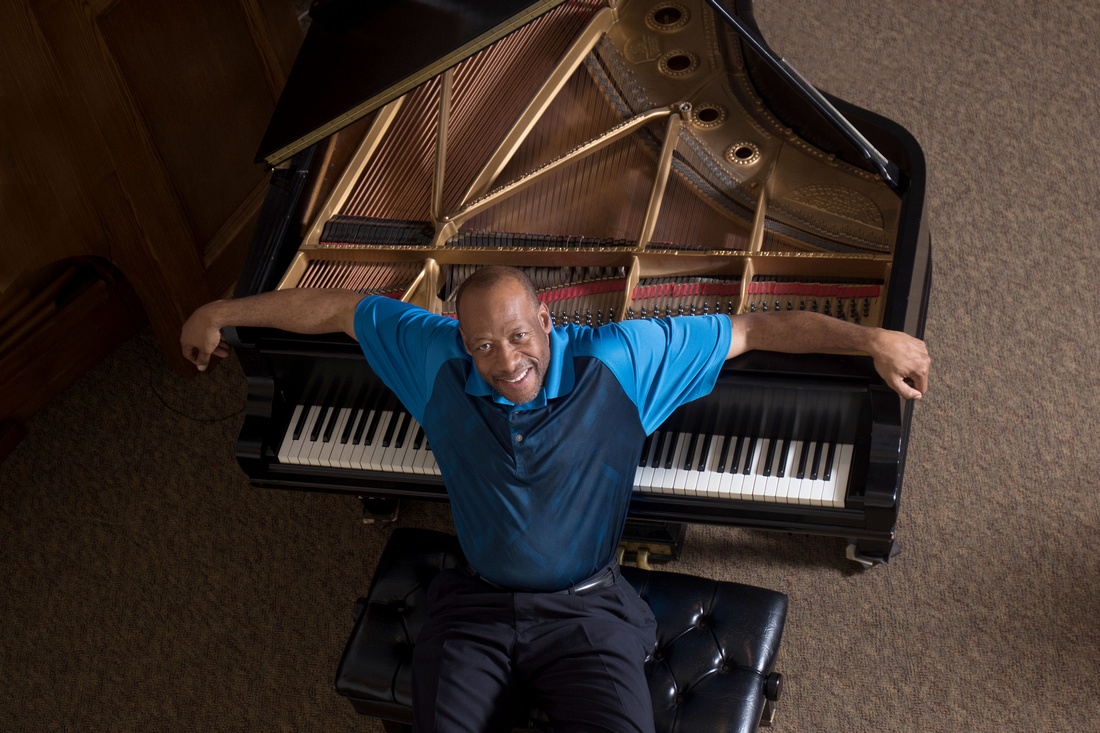