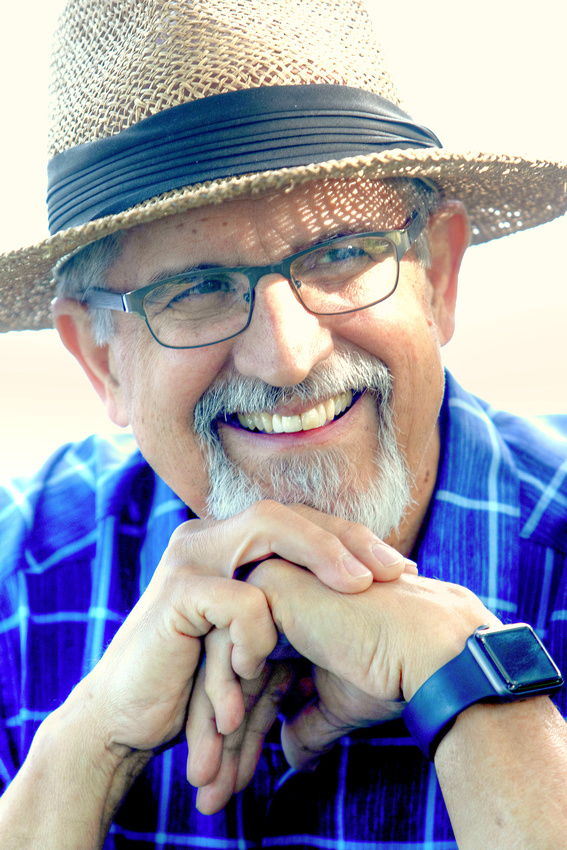 A man who is “all in and fully committed” to God: Pastor Rich Howard

Pastor Rich Howard came to Aurora, Illinois in September of 1987 with an undergraduate degree in ornamental horticulture, a master’s degree in theology from Grand Rapids Baptist Seminary, a wife and three children, and a humble desire to serve God.

He came with the hope of a position as the unpaid assistant pastor of Village Baptist Church and the certainty that he could feed his family by doing roofing and carpentry.

“At that time, we were trying not to pay attention too much to money,” Rich said. “When you don’t have any, you don’t think about it too much.”

The members of Village Baptist Church on Aurora’s far east side voted to call Rich as assistant pastor, but he didn’t start receiving a percentage of the weekly offering until the church building was finished in November, 1989. Until then, his carpentry skills and God’s provision supplied what the family needed.

In 1995, after Rich, wife Richelle, and children Philip, Leah and Daniel had settled into a home on Fourth Street on Aurora’s near east side, an opportunity arose for them to house a 16-year-old boy from war-torn Bosnia-Herzegovina. He stayed with the Howards until he graduated from East Aurora High School (as salutatorian) in 1997 and went on to North Central College in Naperville and the University of Illinois at Chicago, earning a Ph.D.

In 1997 Richelle and Leah went on a short-term mission trip to Ukraine to work with orphans in a summer camp.

“When Richelle came back (Leah stayed in Ukraine for two extra weeks), she proposed the idea of adopting a couple of the boys they had met, and by the time we got home, I said, ‘there’s no good reason why we shouldn’t,’” Rich recalls. (The original intent was to adopt three boys, but in the end it worked out for them to adopt two: Andre, 14 and Alex, 13.)

“Both the boys have done very well and prospered,” Rich said. “Our goal in adopting them was to let them achieve their fullest potential,” Richelle added. “And they’ve done that.

“We didn’t do this because of any need in ourselves. Like all the others they graduated from East High and went to college. If there’s one thing I’d look back on our life and say, it is that we tried to make decisions that were right on that day. Then our path just naturally unfolded, and we continued to try and make the right decisions. Sometimes you succeed, and some days you blow it.”

The Howards also saw no good reason not to take a baby into their home when a homeless family came to their doorstep and asked for help.

The Howards had become acquainted with a couple who had stopped by the church for assistance. The family of five was living in a car, and Rich, through the generosity of church members, gave them provisions in exchange for the father doing some work around the church.

Soon after their first meeting, the family stopped by the Howards’ home. “Here comes the mom,” Richelle said, “and she’s got the baby in one arm and a little suitcase in the other.”

The Howards agreed to keep the baby for the weekend but didn’t see the parents again for 10 days. The Howards ended up keeping the little one for the summer, until his mother called from a women’s shelter and said she wanted him back.

And then there was Mary, an adult woman with childlike qualities.

“There was a lady named Mary who came to our house. When we first met her, she had a buddy named Augie,” Richelle said.

“She pushed an empty baby carriage around the neighborhood and picked up cans. She would come by and see the cans we had saved for her and say, ‘These for me?’ Yes they are. Next she would ask, ‘You got a chicken?’ Yes, Mary, we have a chicken for you.”

Mary and Augie came to the Howards for Thanksgiving, and Mary did an odd thing. She filled a plate, put it into a plastic bag to take home, and then filled another plate to eat. She wanted to get her leftovers first before the food ran out, she explained to Richelle. At Christmastime, the Howards would take Mary to Aldi to buy her some groceries and let her pick out a toy.

“When we adopted Alex and Andre I remember her sitting at the table and asking, ‘Why can’t you just adopt me?’” Richelle said.

“I picked up her up once and I was going to take her home and she said, ‘Oh, I really need a chicken.’ She wanted to stop at Kentucky Fried Chicken. I said, ‘Mary I don’t have time. I have some other things to do.’

“She died that night,” Rich said with a sigh. “Out of the whole relationship, the last moment ended on regret.”

Rich and Randy Schoof from The Warehouse Church presided at her funeral.

The Howards began taking trips to Rwanda in the mid-2000s to fulfill God’s call for them to minister there. After the Village Baptist flock was safely placed with a new shepherd, Pastor Bob Stevenson, the Howards began their ministry to teach Rwandan pastors and their wives.

“We put together a curriculum and we had 1,300 graduates,” Rich said.

The work continues, but the Howards have stepped into retirement and are now spending time with their children and grandchildren, most of whom live nearby.

Their lives so far have been a fulfillment of a promise Rich and Richelle made to each other as a newly married couple fresh out of college at Ohio State University.

“One day we were driving, and I pulled over our truck on the side of the road,” Rich said. “We decided our Christianity means everything, or it means nothing. We decided we were going to be all in and totally committed.”

“Then the King will say to those on his right, ‘Come, you who are blessed by my Father; take your inheritance, the kingdom prepared for you since the creation of the world. For I was hungry and you gave me something to eat, I was thirsty and you gave me something to drink, I was a stranger and you invited me in, I needed clothes and you clothed me, I was sick and you looked after me, I was in prison and you came to visit me.’ Then the righteous will answer him, ‘Lord, when did we see you hungry and feed you, or thirsty and give you something to drink?  When did we see you a stranger and invite you in, or needing clothes and clothe you? When did we see you sick or in prison and go to visit you?’ “The King will reply, ‘Truly I tell you, whatever you did for one of the least of these brothers and sisters of mine, you did for me.’”