Fine artist Rosalie Waranius Vass is working on a new project that will require more penning than painting, and more facts than imagination.

She’s writing a book about her life and beloved livelihood.

“I want it to be about the paintings, and what they are and what came out of my imagination,” she said in an early July interview. “My biography is interesting because I’ve lived in so many places and traveled a lot.”

Rosalie’s paintings have been shown in galleries, libraries, museums and universities across the United States and in other countries.

She says one of the number one things people ask her is, “How do you get your ideas?”

As a youngster, she had a big imagination, and 80-some years later, it is still going strong.

“When I was a kid, I was a daydreamer, so I thought I would either be an artist or a writer. I thought nature was so interesting. I can write a bit, but the drawing came easy.

“I went to a one-room schoolhouse where I grew up in the Kettle Moraine area of Wisconsin. There were no art classes, but one year I had a teacher who could draw, and I was fascinated with her. Another boy in my class liked to draw and we would have drawing contests.”

Unfortunately, none of her art from those days was saved, but her memories have kept the inspiration from her childhood alive.

“I came from a little bitty town of about 50 people. It was very scenic with little hills that we used to call mountains. In the summertime, tourists from Milwaukee and Chicago would visit. It was fun to see all the different people. 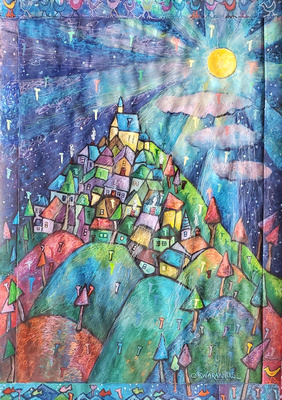 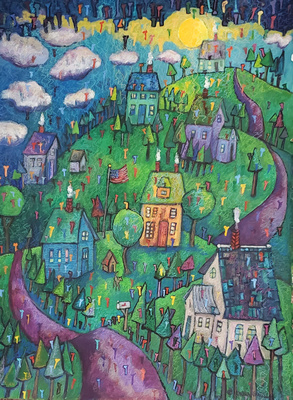 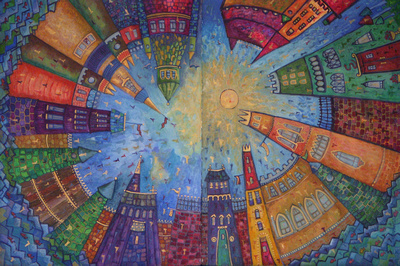 “We went swimming in the lakes. It was a wonderful childhood. Safe. Warm and funny. We had big snows in the wintertime, so I paint a lot of snow. Nature just took a hand on me and that always shows up in my paintings.”

Rosalie’s local high school didn’t have art classes, so she went to St. Mary’s Springs Academy in Fond Du Lac, Wisc. from the ages of 14 to 18.

“I had a good background there, but the teacher wasn’t very adept at painting. I learned craft work, sculpture, calligraphy and all that. I didn’t learn about painting until I went to Alverno College in Milwaukee. I had a wonderful teacher there who was very imaginative, and she set my imagination on fire.”

Rosalie received a degree in Fine Art and Art Education and then taught art for a total of 14 years, five at East Aurora High School and six at Marmion Academy, both in Aurora, Ill.

“When I was at Marmion, a lot of the boys signed up for my class because they thought they could fluff off and do nothing. After a while I gained a reputation that my class was a real class and then I got some of the better kids. Of course, their parents said they are not going into art. They are going to be a doctor or some other kind of moneymaker.”

She told these students that whatever they ended up being – doctors, lawyers, senators, the president – they should “find good artists and have good art on their walls.”

Rosalie says she has been told that once someone sees one of her paintings, they will always recognize her work.

“I have a definite style. First of all, it’s very colorful and joyful looking,” she said. “A lot of people say it’s spiritual. I do paint angels, and I have some paintings I’ve done from the Old Testament. There’s enough bad stuff in the world and I’m not interested in painting that. A painting in your house should be a nice reality. 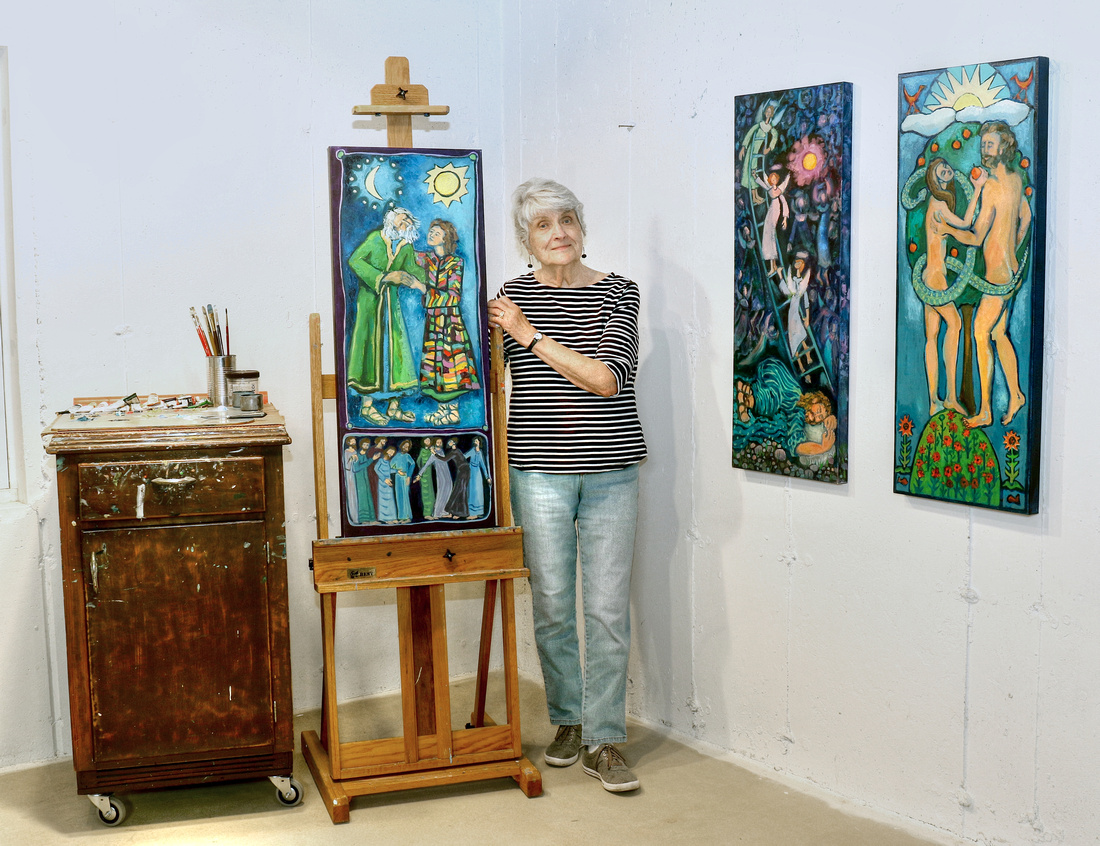 “I have this certain thing I create that makes it mine,” she continued. “I have something a little different. Take a Chagall or Matisse, you can look at it and know who painted it. I can do realistic work; I’m just not interested. You want realism? Take a picture.”

“A lot of my artwork is in hospitals and doctors’ offices, because I think it’s kind of peaceful and restful to look at,” she said. “And I believe that art heals.

“People – usually doctors and lawyers -- will come to me and say, ‘Could you show me a drawing, do me a sketch?’ But I never do a drawing. I paint. Tell me colors, time of day, weather, sunrise, sunset. That I will do.

“I paint for me. Some people say you should paint this or that: superheroes, famous movie stars, rappers. I’m not interested in doing that.”

Artemisia, a boutique located in Geneva, Ill., carries Rosalie’s work. She says the owner is specific about the themes and colors she wants to sell. Items with Rosalie’s designs on them include tote bags and pillows.

But she wants her book to be the type that one holds in one’s hand. “I don’t want to read a book on a Kindle,” she said. “I want a book in my hand. I want to see the cover and I want to hold it.”

Rosalie and her husband have four children, 12 grandchildren and one great-grandchild.

Her children know good art and buy good art, she said, including her own. “I do make them buy it,” she said. I give them a good price, but I tell them if they want it, they have to pay for it.